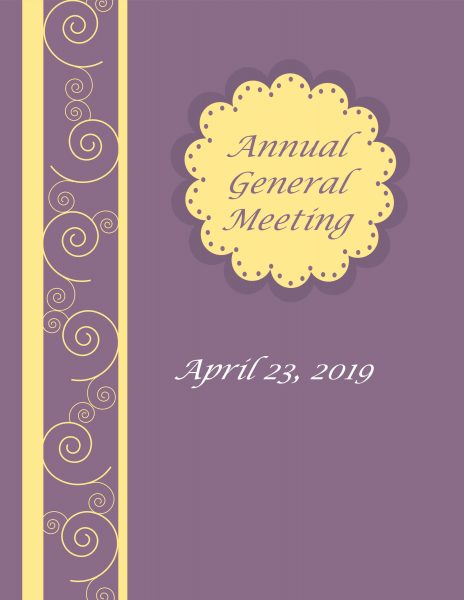 On the evening of Tuesday, April 23, the Edmonton and District Historical Society held their annual general meeting after John Rowand Night. Last year’s AGM minutes were reviewed and accepted, the President and Treasurer gave their reports, and the various committee reports were provided for information.

We said farewell to Director and Secretary Marilyn Patton, who had reached her eight year limit on the Board. She has done excellent work We were sorry to see her go, but are heartened by the fact that she has agreed to continue doing some committee work.

Continuing board member John Dolphin agreed to serve as our new Secretary, and Cadence Bergman continues in her role as Treasurer. Tim O’Grady was elected for a two year term as President, replacing Sean Moir, who has transitioned to the role of Past President.

The Board also welcomed two new Directors. Tom Long and Joe Hartfeil were elected to one and two year terms respectively. Though new to the Board, both come with lots of experience in the heritage, arts, and culture scene. They make excellent additions to the Society.