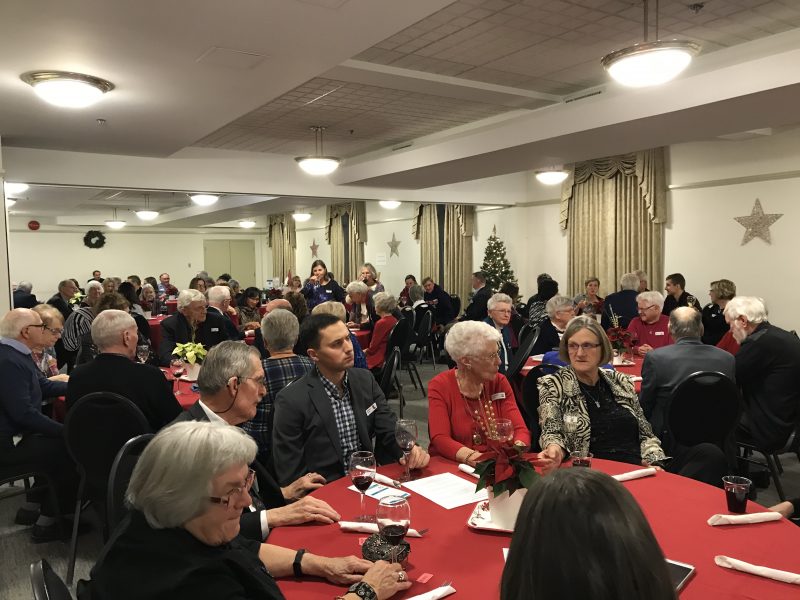 On Tuesday, November 27, EDHS members and guests came together at the Prince of Wales Armouries for our annual Christmas dinner and Speaker Series presentation. This year we enjoyed a wonderfully engaging talk by Dr. Stéphane Guevremont, Alberta and the Great War.

Dr. Guevremont, a military historian and Honorary Colonel of the RCAF’s 419 Tactical Fighter Squadron in Cold Lake, presented a 360-degree view of how the First World War affected our province. In an authoritative presentation delivered in his highly entertaining style, he offered a comprehensive look at the Great War not just as a major world event, but as a transformative process of change with causes and effects cycling through all levels of society, and consequences to our own day.

He detailed the incredible depth of Alberta’s contribution to the war effort, how Edmonton played a key role in bringing women to the forefront, how propaganda turned innocent people into foes, and how Indigenous people were first reluctantly, then enthusiastically recruited to join the fight. He playfully invoked the rivalry between Alberta’s major cities (as strong then as it remains today!) and exploded a few cherished myths along the way.

From start to finish, Dr. Guevremont’s enthusiasm for his subject was palpable. He brought the Great War to life in a way many had never experienced. Along with the excellent dinner that preceded it, his talk was an early and most appreciated Christmas gift. 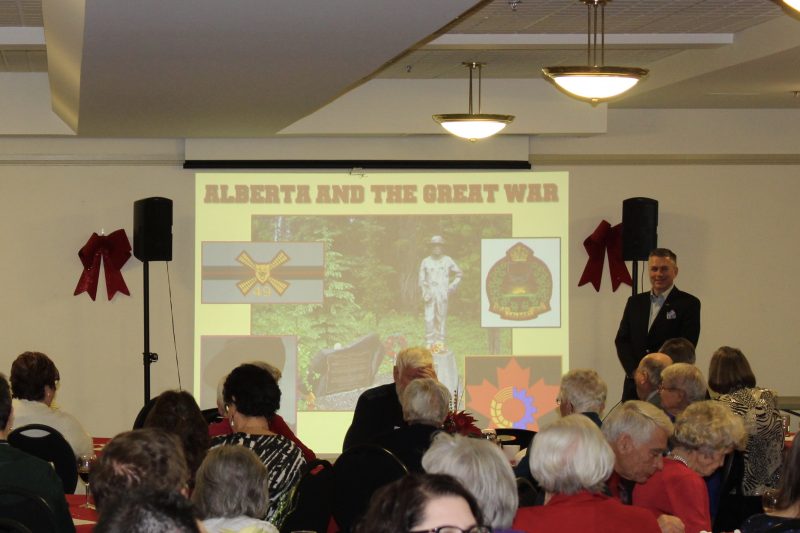 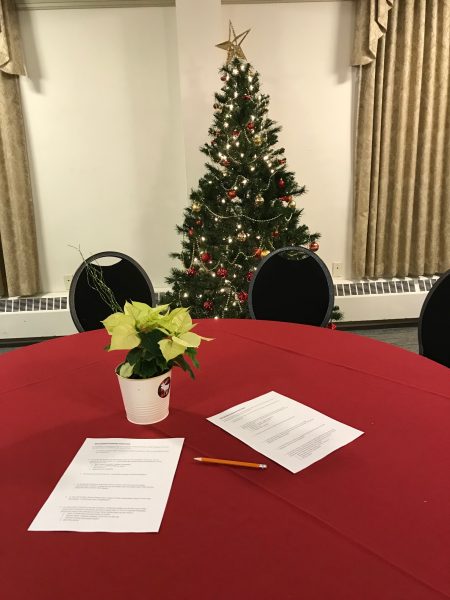